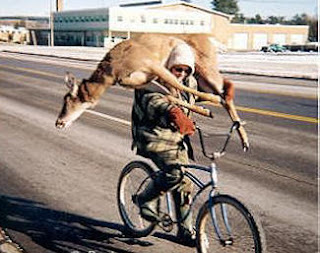 Wow...I forgot how much commuting takes it out of me.  I used to drive to New York and back four, five or sometimes six nights a week when I had a young family to support, and now that I haven't done that in five years, I am wiped out from it.   But, the end result is the big picture, and working with Joseph Peller makes it worth it.

He is a tough guy, with rigorous standards, and I wholeheartedly appreciate that.  No slacking with him--but he is even and fair about it.  Even though he is strict, I can see he has a good heart beneath the gruff exterior, and that puts me at ease.  Besides,  discomfort is the catalyst to change!   If he sat around telling me how wonderful and amazing my work is, I would have absolutely no reason to change anything about it...and that's NOT the reason I am putting myself out there...I want a growth experience.  You don't go to the gym and lift the same amount of weights for years if you want to get results!

Anyway, the commute wasn't quite so bad on the way in, since I decided against sitting in the parking lot we call the Lincoln Tunnel, and went over the George Washington bridge, and down the Henry Hudson Pkwy, so it was a nice, speedy trip in.  The ride home was pretty good until the poor fellow speeding along in front of me on I78 hit a big buck that jumped from out of nowhere on the median, showering my car with chunks of bloody deer meat and fiberglass...it stunned the hell out of me, but I was able to knock the big piece off with my windshield wipers without missing a beat or pulling over, and had Mark pick the smaller pieces of deer meat out of my grill, wiper blades, etc. when I got home.  THAT is the reason I don't use a nice car to commute with.  The guy that hit the deer totaled out his car, since the deer was pretty big, full rack and all.  I felt bad for both the guy, and the deer.  Rotten timing.

On a brighter note, I got word via phone call yesterday that "Alejandro on a swiftly tilting planet" won first place in the most recent exhibition I entered it into...that is always a nice thing, and some prize money to go with the honor of it, so I was very happy to hear it.  I'll post more details as they come along.

When I get a chance, I'll post some of the work I have completed at the League.  As for today, I think I'll take it easy, enjoy some r&r, and work at my leisure.  Have a nice day!
at November 12, 2010