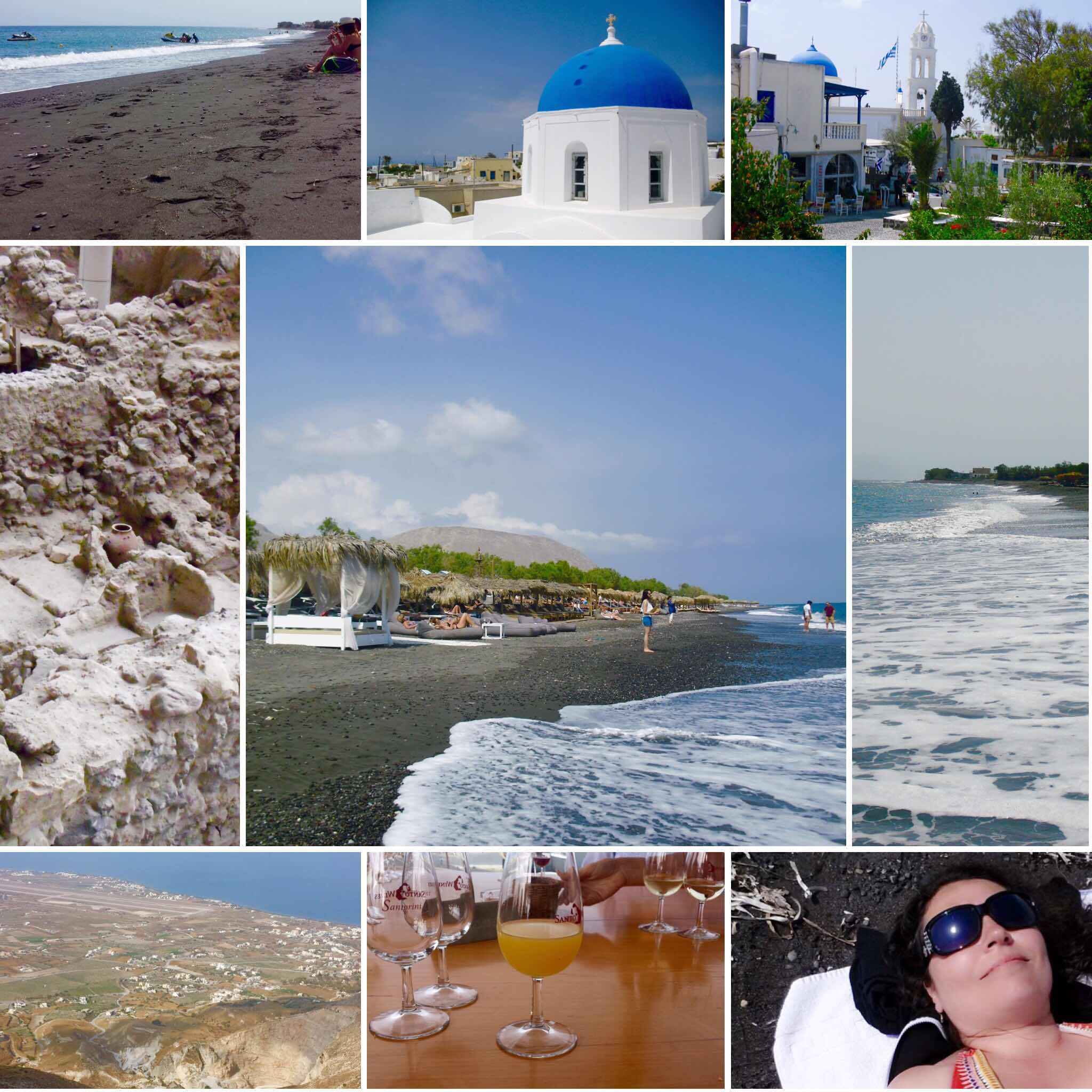 Day 12 was a bit more sedate-- actually, MUCH more sedate than yesterday.  I woke up surprisingly not sore anywhere haha, after a very restful night's sleep, and decided the next two days here would be my "wind down" before leaving on Tuesday.
I decided to see the island itself as much as I could in its entirety, so I engaged a very engaging guide named Johannes, from Bavaria, but of Greek descent.  His immediate sarcasm and wry humor made me feel right at home with him and his small group, so off we went.  He showed us many nice little villages, all accompanied with his biting comedic comments, and then took us to Akrotiri, where he led us through the ruined Minoan city with precision and a very informative, historical tour.
After we spent about two hours in the ruin (which is bordered by the fable "Red beach" -- which was currently somewhat inaccessible due to falling rocks), we headed to the famous Black Beach and had a very nice few hours there, just swimming, relaxing, and enjoying a leisurely lunch.  After we headed up to the highest point of the island, at a hair under 4,000 feet, and did some exploring up top -- pretty scary to look down!  The cliffs are completely unguarded, so as Johannes said, if you decided "this is where you want to end it all,  sayonara!"
Johannes decided that for safety sake, it was better to visit the cliffs BEFORE the next stop, which was the winery.  We headed to Santorini's premier winery, with beautiful views, and since I'm not a wine drinker, they provided me with a glass of fresh local orange juice, which was very nice of them.  We stayed around for about an hour, and then we were off.  Johannes tried to convince me to head back to Oia, but it was hazy, and the cruise ships had just come into port, so the idea of wading through another thousand Japanese tourists vying for a shot of a hazy sunset was not appealing to me.  He understood, and arranged for me to be dropped off at the hotel.  He said in parting, "I envy you.  I despise dealing with the cruise ships in Oia!"  Haha, apparently, I made the right choice heading back.
So, tomorrow's plan, complete leisure, as I leave Santorini the following morning, and would actually like to have one full day of rest before heading out.  Let's see if I can manage that without getting too stir crazy!
at May 07, 2018